After a long trip out on the Canning Stock Route and in Wiluna the project team arrived to the city lights of Kalgoorlie on the 7 June 2018. The project team visited the Easter Goldfields Historical Society, (www.kalgoorliehistory.org.au) and view a few items related to John Forrest. After a long three weeks on the road the project team travelled to Laverton with some relaxation along the way at Lake Ballard and a quick stop at Mount Margaret. 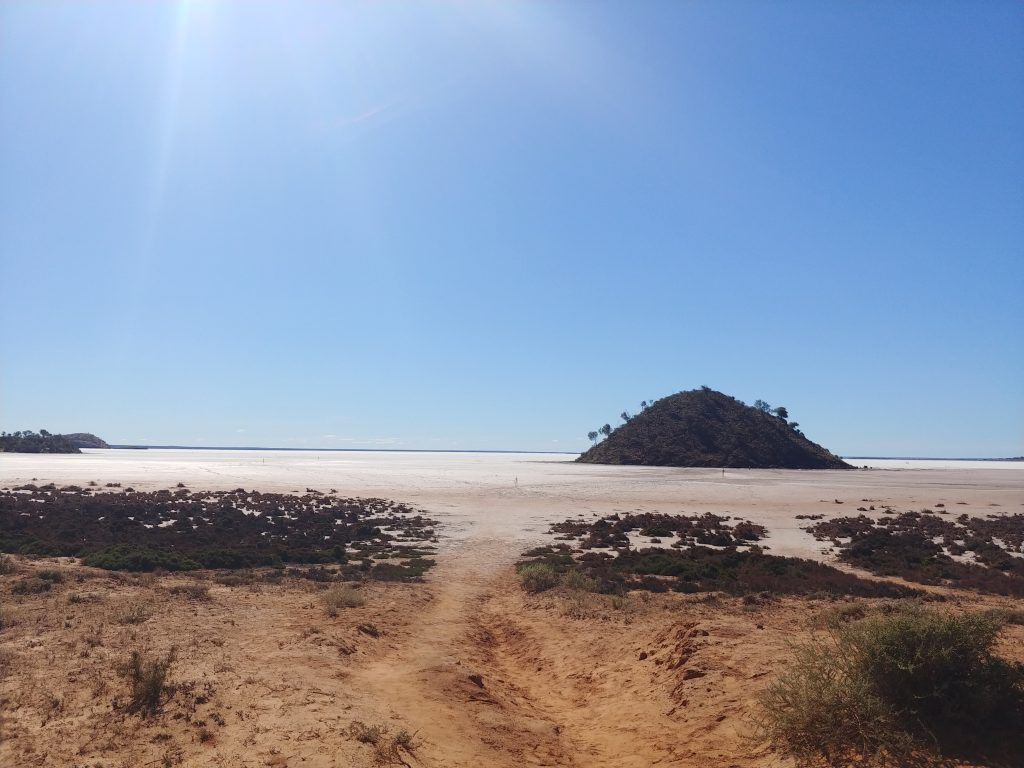 John Forrest passed through Mt Margaret in 1869 in search of explorer Ludwig Leichardt.   He named the place Mt Margaret after his future wife Margaret Elvire Hamersley. John wrote in his diary on 25th June 1869:

Saddled at dawn, proceeded to the range, which bore North 93 degrees 30 minutes East magnetic, about five miles distant, on reaching which I ascended the highest peak, and name it Mount Margaret. Explorations in Australia Forrest, J. 1875

After gold was discovered near Mt Margaret it was gazetted as a town in 1897. The town declined in 1899 and Mt Margaret Aboriginal Mission was founded in 1922. http://www.kalgoorliehistory.org.au/towns/MtMorgans 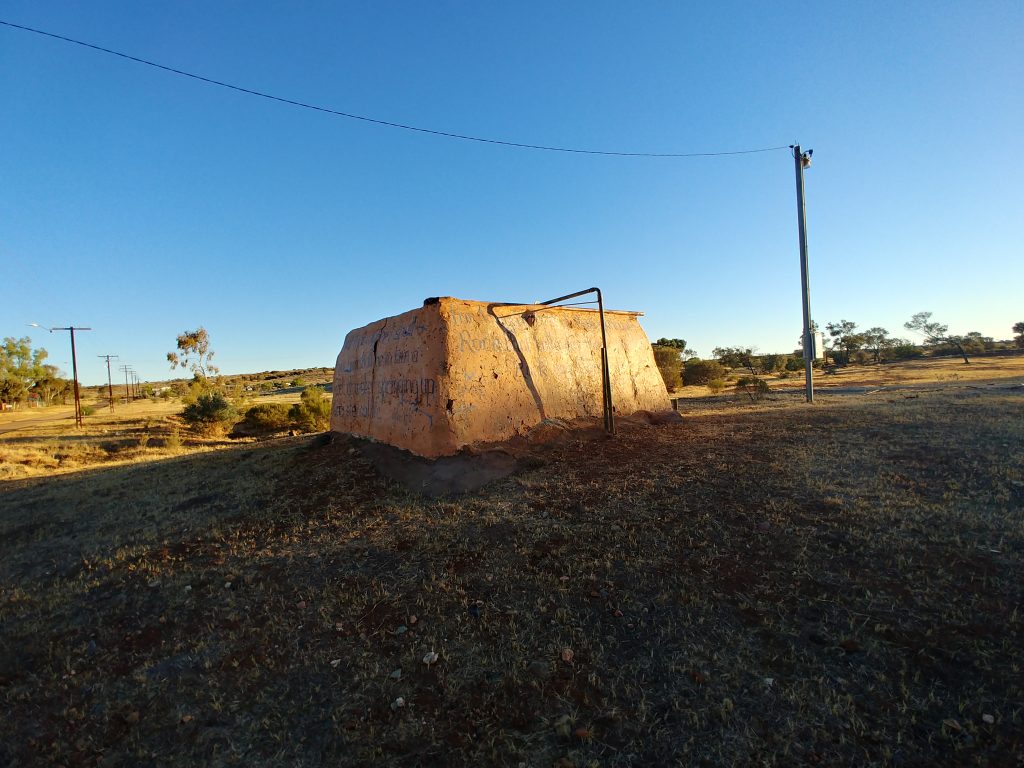 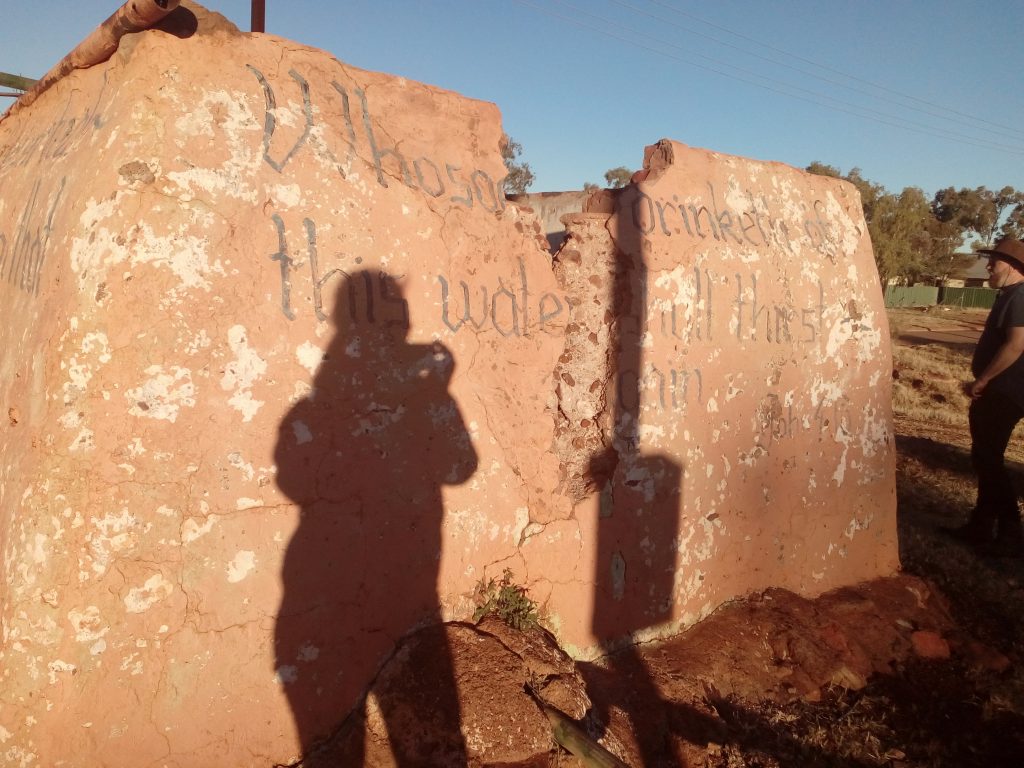 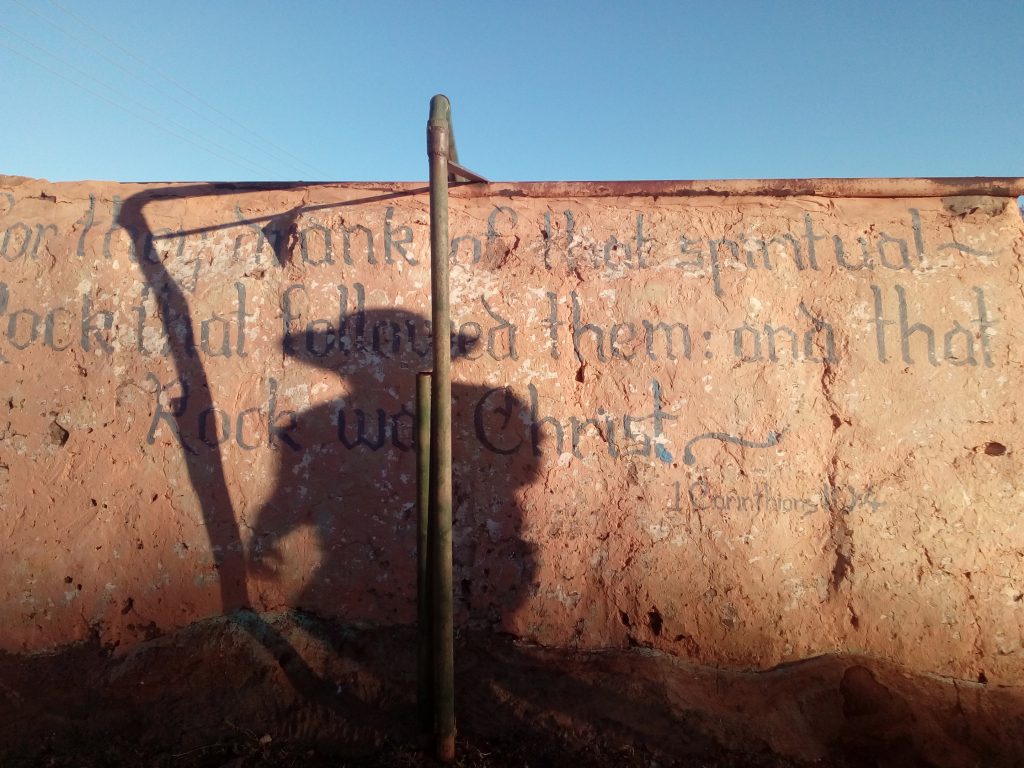 It was a cold start to the day in Laverton, but the sun was shining and it was great weather for an outdoor pop-up exhibition. The pop-up was viewed by an intimate crowd, including local community members, State Government officers and some travellers. Andy also made a new friend. 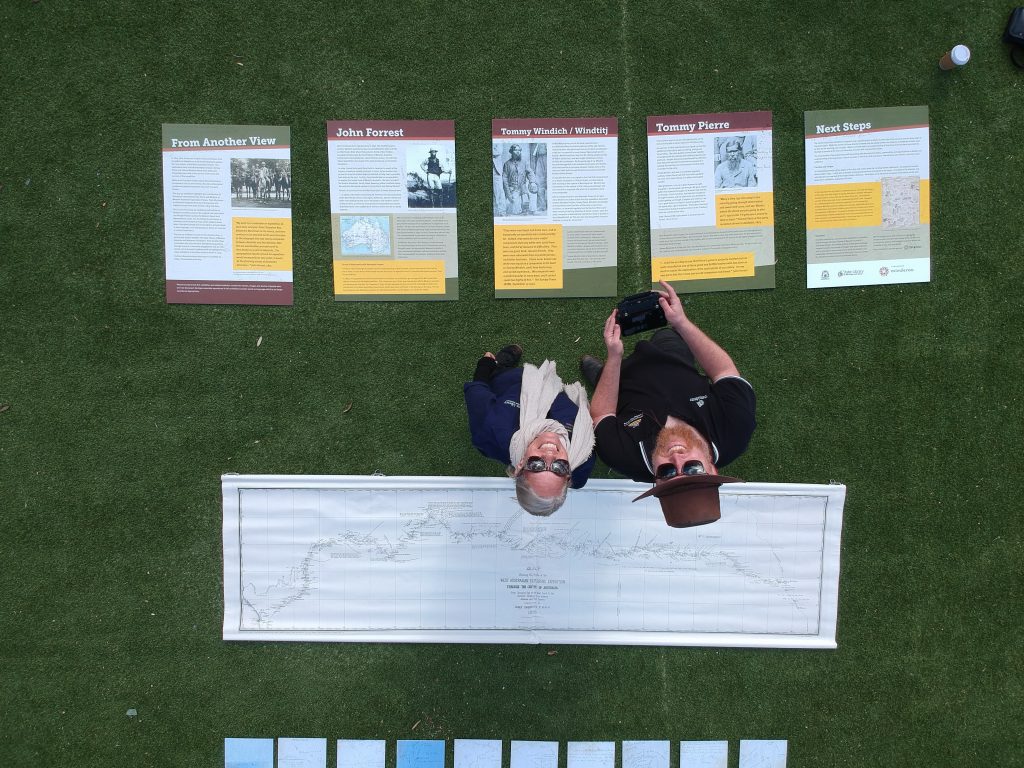 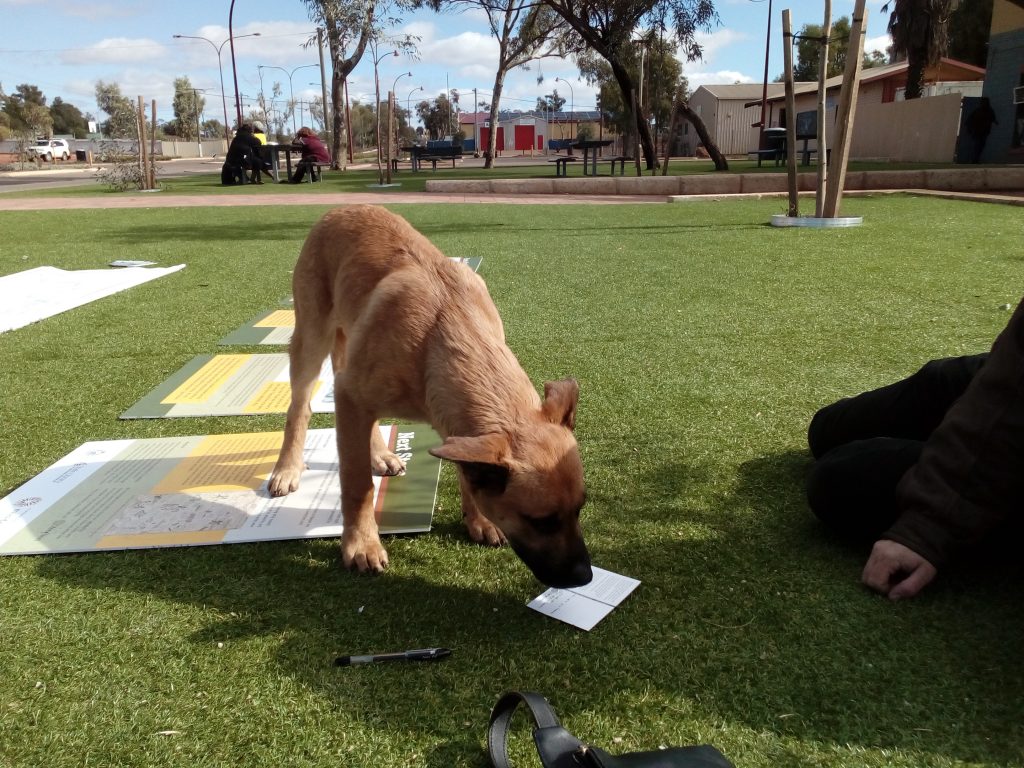 The project team hosted a Storylines session at the Community Resource Centre and reconnected families with old photographs. We also gained insights into how Aboriginal people lived, worked and moved throughout the Goldfields and Western Desert region.

An audience member explained that before this place was a mission it was a ration station. In order to get rations, people had to make brush fences, like the one pictured in the background.

The unknown man was identified, by an audience member, as

‘Old Man Mr Morgan because he would always be at the train station, to check to see if his family was on the train. One of the carriages got burnt. All the old people cried for him.

She was told the story by the old people,

‘The middle carriage was for white people. Aboriginal people rode in the back open carriages for free.’

The William Grundt Memorial Library hosted the pop-exhibition in the main foyer area. Jason Mennell a journalist from the Kalgoorlie Minor attended to discuss the project. https://thewest.com.au/news/kalgoorlie-miner/exhibition-provides-aboriginal-perspective-ng-b88864975z

The Storylines session at the Library was well attended. A large collection of photographs from the John Portman Collection from Kurrawang was identified. 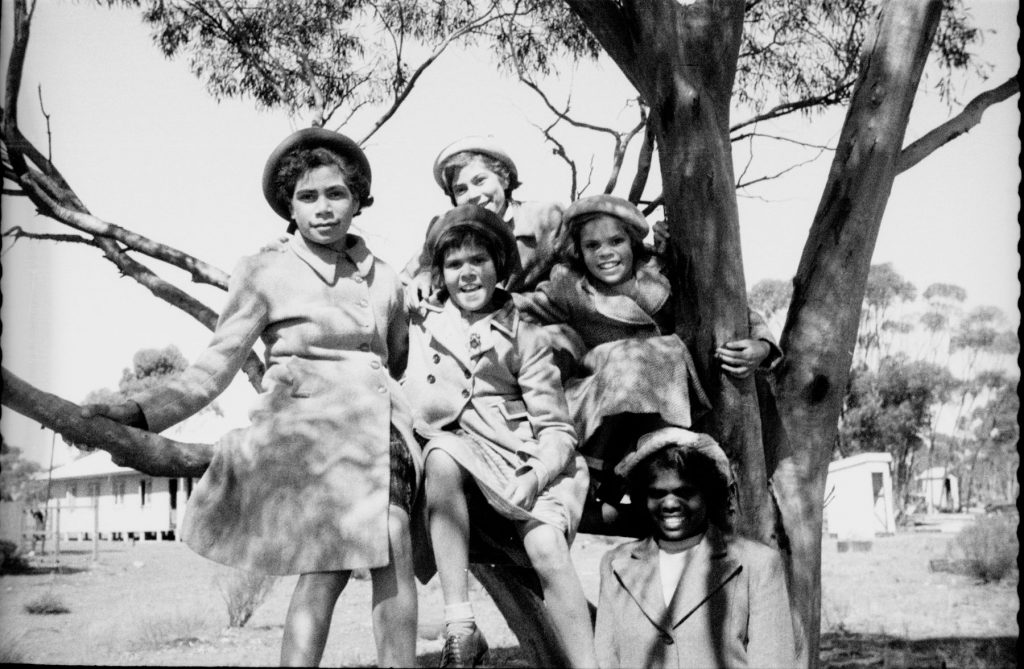 We also had the pleasure of meeting some of the ladies who grew up in Mount Margaret, who feature in a holiday snap of young girls at the beach in Esperance taken in the 1940s. This photo was feature in a State Library exhibition in 2016.