From 26-30 May, State Library staff, Bill Gannon and Rod Schlencker travelled from Wiluna via the Canning Stock Route to Windich Spring, Pierre Spring, the Weld Spring/Palatji and then via Glenayle Station to the Carnegie Homestead. The State Library recognise the right of Martu people to check images and content prior to posting online. Therefore, there will be a delay in posting information related to areas closer to the Canning Stock Route. Please check the Google Map for location details.

On 30 May 2018, the project team, Bill and Rod travelled to Mount Moore to view the cairn which John Forrest built at the eastern end of the peak.  During this trip, the project team worked closely with the Martu people in the Birriliburru Indigenous Protected Area.  John and Alexander Forrest visited Mount Moore between 22 and 26 June 2018. John’s account in Explorations in Australia 1874 states that he visited on 22 June 1874. However, the published map contains the dates 25 and 26 June 1874, at Camp 50.  Mount Moore was named after Mr. W.D. Moore of Fremantle, a subscriber to the Expedition Fund.  On top of Mount Moore, Bill Gannon sketched the Timperley Range which John Forrest described in his diary:

Ascending the the hill we had an extensive view to the South-West, South and South-East. Fine grassy country all round and very little spinifex. To the south about nine miles we saw a lake, and farther off a remarkable red-faced range, which I named Timperley Range, after my friend Mr. W.H. Timperley, Inspector of Police, from whom I received a great deal of assistance before leaving Champion Bay. A remarkable peak, with a reddish top, bore South-South-East, which I named Mount Hosken, after Mr. M. Hosken, of Geraldton, a contributor to the expedition.  Forrrest, J. Explorations in Australia. 1875 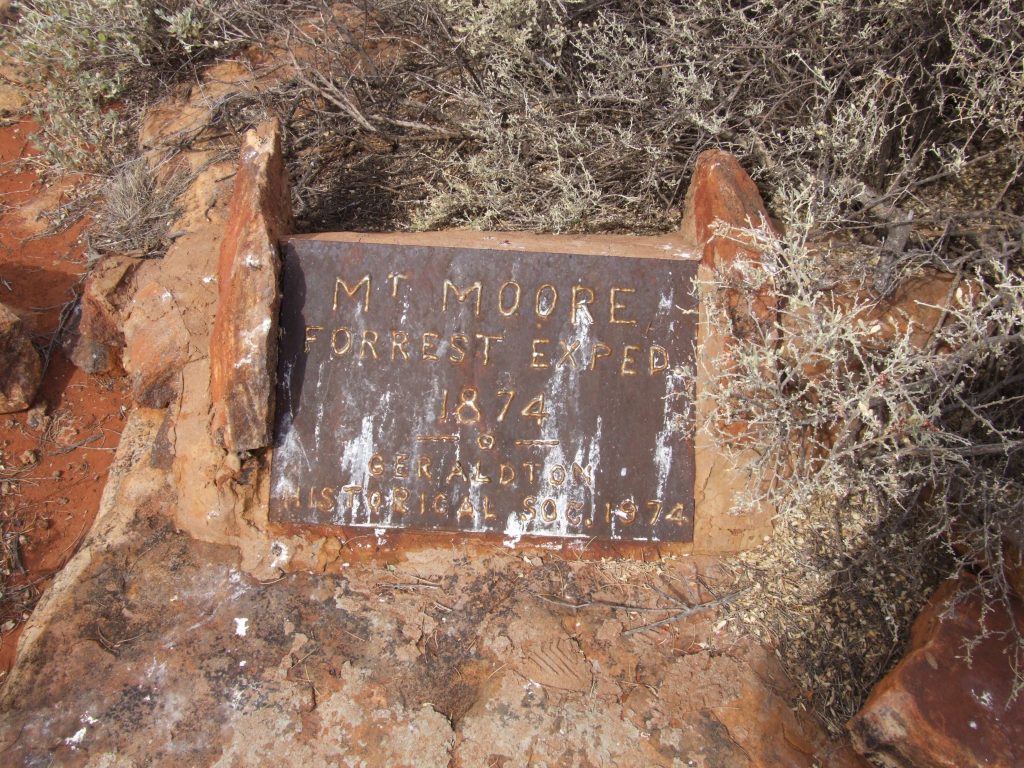 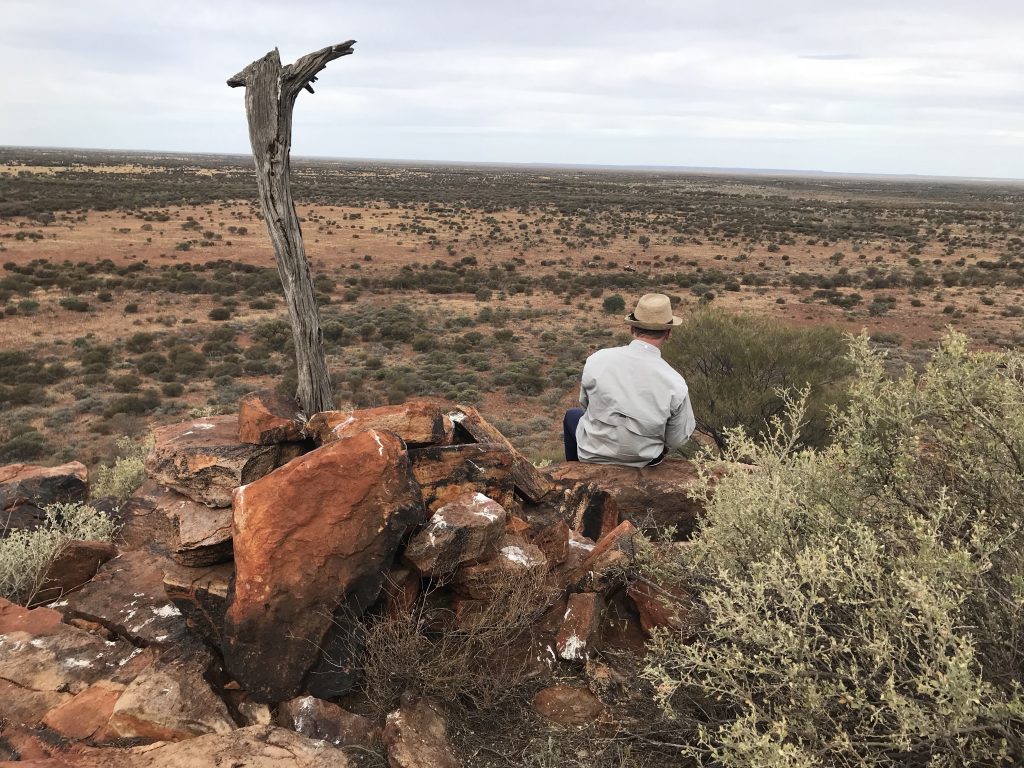 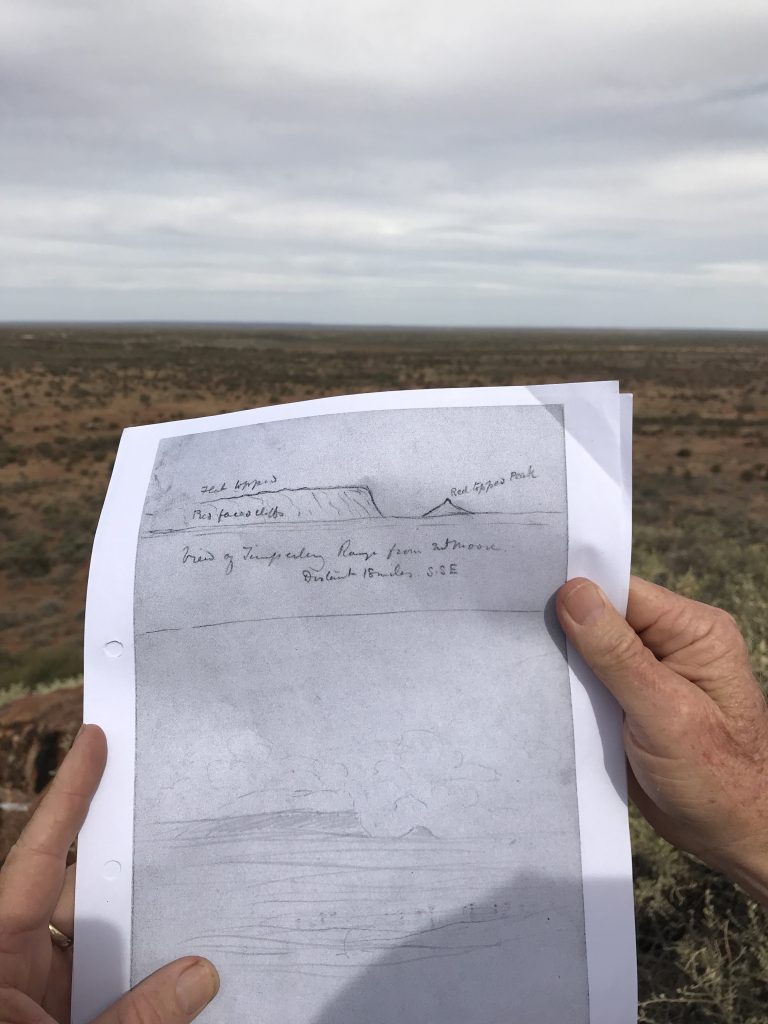